The Kellogg Community College Foundation takes great pride in the many KCC alumni who have benefited from their studies here at the College. Want to share your KCC pride? Alumni gear is in the bookstore now! You can pick up an Always a Bruin T-shirt or sweatshirt online or in-store at the Bruin Bookstore, and $5 from each item sold will go towards the KCC Alumni Scholarship Fund through the KCC Foundation.

BruIN is a quarterly magazine published by KCC to share news and information with alumni, community partners and fans of KCC. View the latest edition of the magazine below (click to view full screen). To request a complementary print copy of the magazine, email your full name and mailing address to [email protected].

View the magazine online at kellogg.edu/bruinmagazine.

Congratulations to the 2022 Recipients of the KCC Alumni Awards! 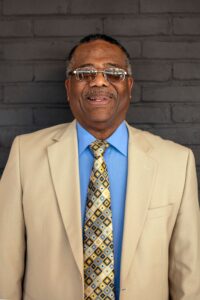 Mr. Blythe received an Associate degree from KCC in 1969. He went on to receive a Bachelor of Science and Master of Arts degree from Eastern Michigan University, and a Master of Arts degree from Western Michigan University. A lifelong educator and military veteran, Joe spent 43 years in education and served as a counselor at KCC. Some of his achievements include being named a 2004 Distinguished Professional from the Calhoun Area School Board Members Association, serving as Chair of the Michigan Education Association Minority Affairs Committee, and being inducted to the Battle Creek Central High School Hall of Fame. Joe has served on the boards of the Volunteer Bureau, Battle Creek Urban League Guild, NAACP, and Cereal City Lions Club. Whenever he is called to assist in any way, by any member in the community, he does so, as long as it is beneficial to the community. Mr. Blythe continues to support KCC by always talking to groups, parents and students about the education he received and encouraging individuals to financially support the Foundation’s scholarship program. 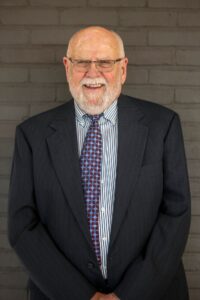 Mr. Dingwall received an Associate degree from KCC in 1961 where he served as class president, a member of the basketball team and was privileged to be a part of the move from KCC’s original home on College Street to the dream campus on North Avenue. He went on to receive a Bachelor’s degree from the University of Michigan and did graduate studies at Western Michigan University and Cal Berkeley. Ross taught 35 years for Lakeview Schools. His professional achievements include being a two-time recipient of an Outstanding Teacher Award in Battle Creek, a nationally recognized Quest Teacher, Lakeview Teacher of the Year, and a Finalist as a Teacher of the Year in the State of Michigan. He was instrumental in creating the Christmas Bike Program through the Battle Creek Police Department and the Holiday Basket Program at Lakeview Schools where he ran it for 34 years. Ross volunteered 20+ years with Habitat for Humanity, served on the Board of Directors for Potters Grove Association, been a Food Pantry Volunteer and has worked many years with the Breakfast and Holiday Basket programs at St. Thomas Episcopal Church. In his award submission, Mr. Dingwall states, “KCC gave me the opportunity to start my college education in a small environment close to home, to mature, and be part of an excellent program that prepared me to move on to a university. Being a Bruin gave me a chance, to become a Wolverine. They both influenced my return to Battle Creek to do what I found I loved most – to teach and coach.” 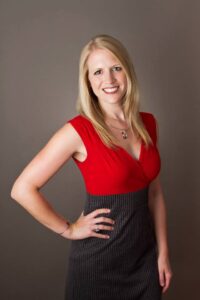 Ms. Finkbeiner received an Associate degree from KCC in 2002. She went on to complete a Bachelor of Business Administration from Western Michigan University and a Master of Arts in Advertising from Michigan State University. Currently a National Accounts Brand Manager for ExxonMobil, Nicole also served as Director of Public Information and Marketing at KCC for 5 years achieving several accomplishments which benefitted KCC. She then went on to work at Rice University’s OpenStax a nonprofit organization that provides free, peer-reviewed college textbooks to reduce the cost of higher education to students in the U.S. and student drop-out rates. The program, which Ms. Finkbeiner grew to 200+ college and university members, resulted in $41.6 million dollars in student textbook savings in less than six years. Nicole’s long and successful career in marketing, sales and advertising has led to many regional and national awards for her and the institutions and companies she worked for. She has published three book chapters, is a 4th degree black belt in Uechi-Ryu karate, has been a conference presenter and believes in the positive power of mentorships. Ms. Finkbeiner’s incredible passion for education and business led her to establish the Finkbeiner Scholarship Endowed Fund at the KCC Foundation which has already provided scholarships for over 10 years to students pursuing a career in business. 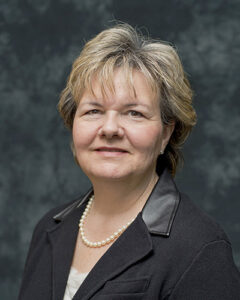 Dr. Keck received an Associate Degree from KCC in 1977. She continued on with her studies and earned a bachelor’s degree from Spring Arbor University, master’s degree from Central Michigan University, and doctoral degree in higher education leadership from Western Michigan University. Dr. Keck has served KCC in numerous roles spanning four decades and currently serves as the Vice President of Student and Community Services; in her role, she continually works to foster a learning environment within the college and create access for everyone to pursue-secondary education. Kay was instrumental in the creation of the KCC Equity and Inclusion Committee, and serves as a mentor, role model and advocate in helping women to identify and navigate successful career paths. She launched KCC’s first chapter of the MI-ACE Women’s Network and recruited its first institutional representatives. Dr. Keck has served as the President of the Michigan Community College Student Services Association. She received the Distinguished Woman in Higher Education Leadership Award from the Michigan chapter of the American Council on Education and currently serves on the Executive Board for the United Way of South-Central Michigan where she has served in several capacities with the United Way over 25 years.

We would love to hear what you’ve been up to since your time at KCC. Please join our Kellogg Community College Alumni Facebook page. Also, take a moment to fill out the questionnaire below and help us celebrate our Bruins past and present.